Rethymno was originally built during the Minoan civilization (ancient Rhithymna and Arsinoe). This region has a very rich ancient history, most notably through the Minoan civilisation centred at Knossos, east of Rethymno. Rethymno itself, began a period of growth when the Venetian conquerors of the island decided to put an intermediate commercial station between Heraklion and Chania, acquiring its own bishop and nobility in the process.

Today's old town of Rethymno, was almost entirely built by the Republic of Venice and it's considered one of the best-preserved old towns in Crete. 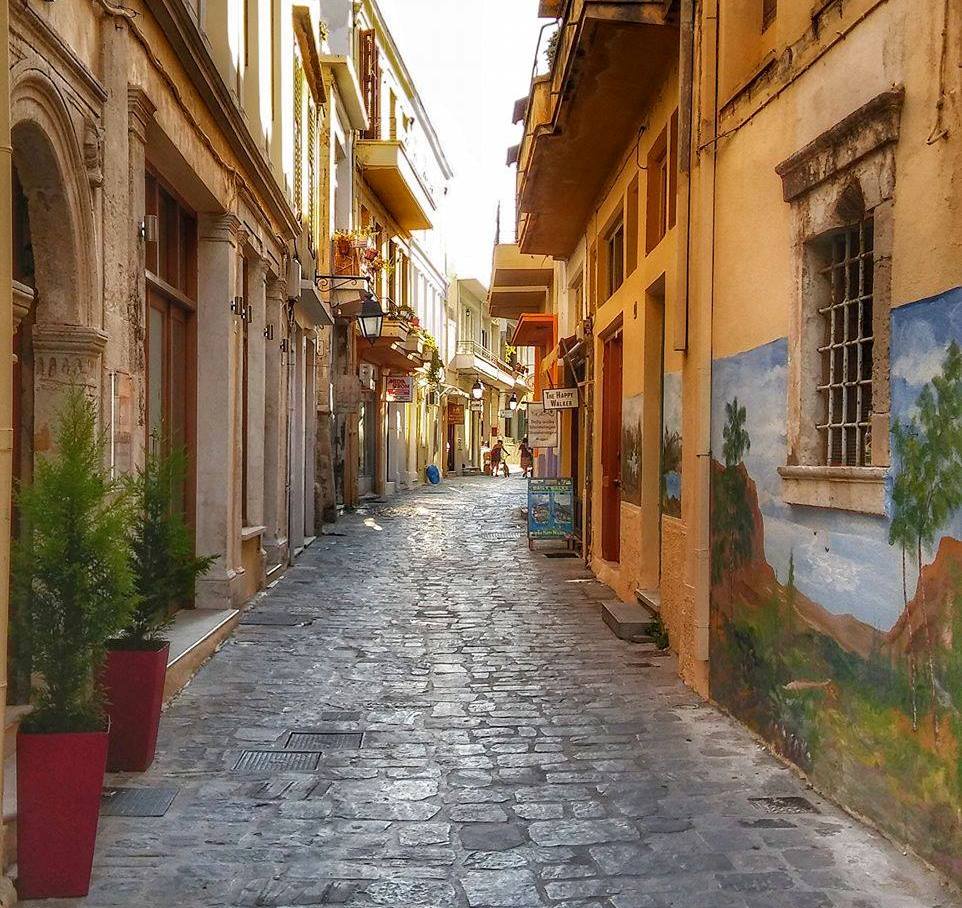 Walking in the old town of Rethymnon is like traveling back in time, to another era. The old town, which is characterized by the beautiful Venetian harbor and its narrow cobbled alleys, also houses the Archaeological Museum, the Museum of Folklore and the Religious Museum.

Neratze Mosque or Neratzes is a building located in the old town of Rethymnon. The building in the past, was a catholic monastery of the Augustinian order named Santa Maria.

With the conquest of Rethymno by the Ottomans, the monastery was transformed into a mosque, which was known as the mosque of Gazi Hussein Pasha or the mosque of Neratze. After the exchange of populations and the departure of the Muslims from Crete in 1924, the building was turned into a conservatory. 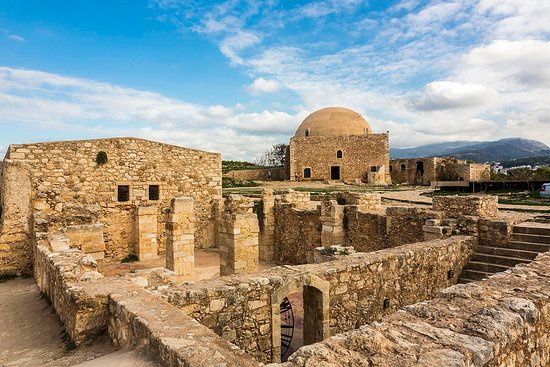 The city's Venetian-era citadel, the Fortezza of Rethymno, is one of the best-preserved castles in Crete. The Fortezza was built according to the bastion system of fortification architecture, ie bastions, which were joined together by sections of straight walls with a large width and with an external slope to expel the missiles of the enemies without causing damage to the fort.

By the beginning of the 20th century, the interior of the Fortress was almost entirely built. However, from the first post-war years, the transfer of the inhabitants who lived in Fortezza to other parts of Rethymnon began. The continuous and varied use of the Fortezza over the course of the centuries, altered its original form not only internally but also externally.

The fortress took about twenty years to repair the damage and remove the prostitutes of Rethymno who were there. It is worth noting that Fortezza for a long time even hosted the prisons of Rethymnon. 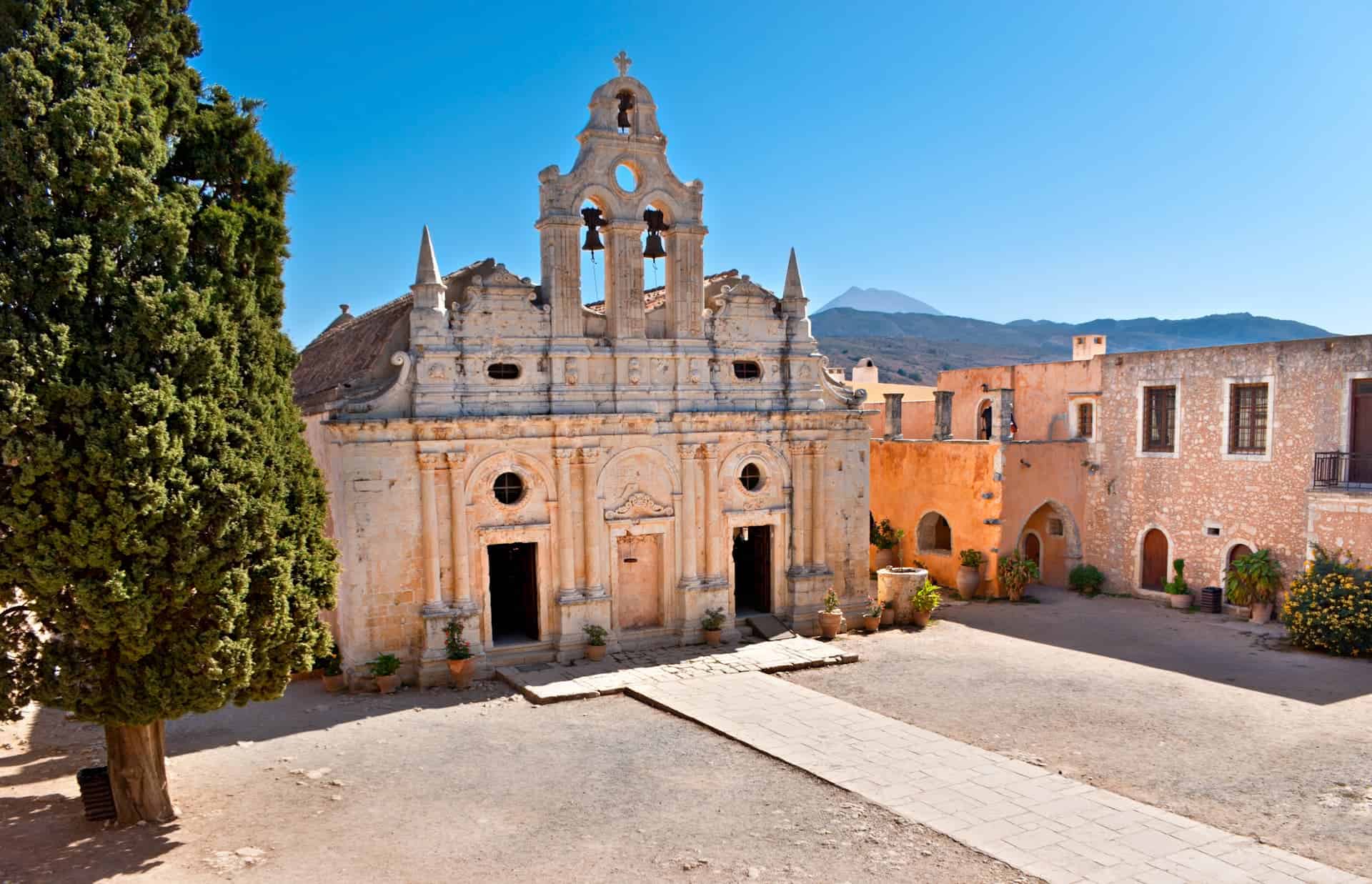 Arkadi Monastery is an Eastern Orthodox monastery, situated on a fertile plateau 23 km to the southeast of Rethymnon. The current church, dates back to the 16th century and is marked by the influence of the Renaissance. This influence is visible in the architecture, which mixes both Roman and baroque elements.

As early as the 16th century, the monastery was a place for science and art and had a school and a rich library. Situated on a plateau, the monastery is well fortified, being surrounded by a thick and high wall.

The monastery played an active role in the Cretan resistance of Ottoman rule during the Cretan revolt of 1866. 943 Greeks, mostly women and children, sought refuge in the monastery. After three days of battle and under orders from the hegumen of the monastery, the Cretans blew up barrels of gunpowder, choosing to sacrifice themselves rather than surrender and so, it became a national sanctuary in honor of the Cretan resistance. The 8th of November, is a day of memory for Arkadi and Rethymno.