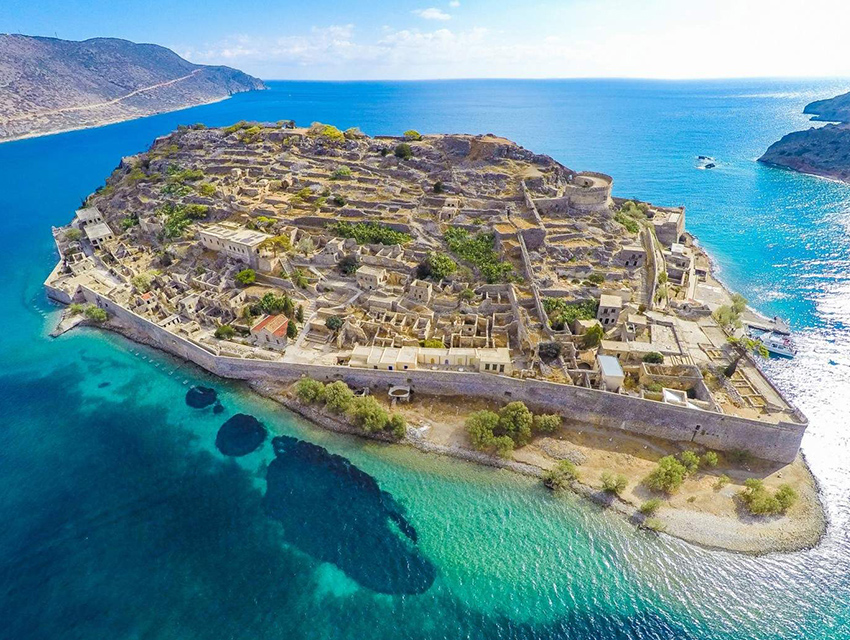 Spinalonga is a small island, with an area of ​​almost 85 acres and a maximum altitude of 53 meters, which closes from the north the bay of Elounda in the Province of Mirabello in the prefecture of Lassithi.

It was fortified excellently by the Venetians both in terms of construction and architecture, as well as in terms of aesthetics of the whole landscape that still retains its beauty.

The island of the living dead. Even the mention of its name was taboo for many years, as it was identified with the pain and misery of the Hansenians living there, in the "midges", isolated from the local community.

Despite all the adversity, these unhappy souls managed to develop an idiosyncratic society on the island with its own rules and values. 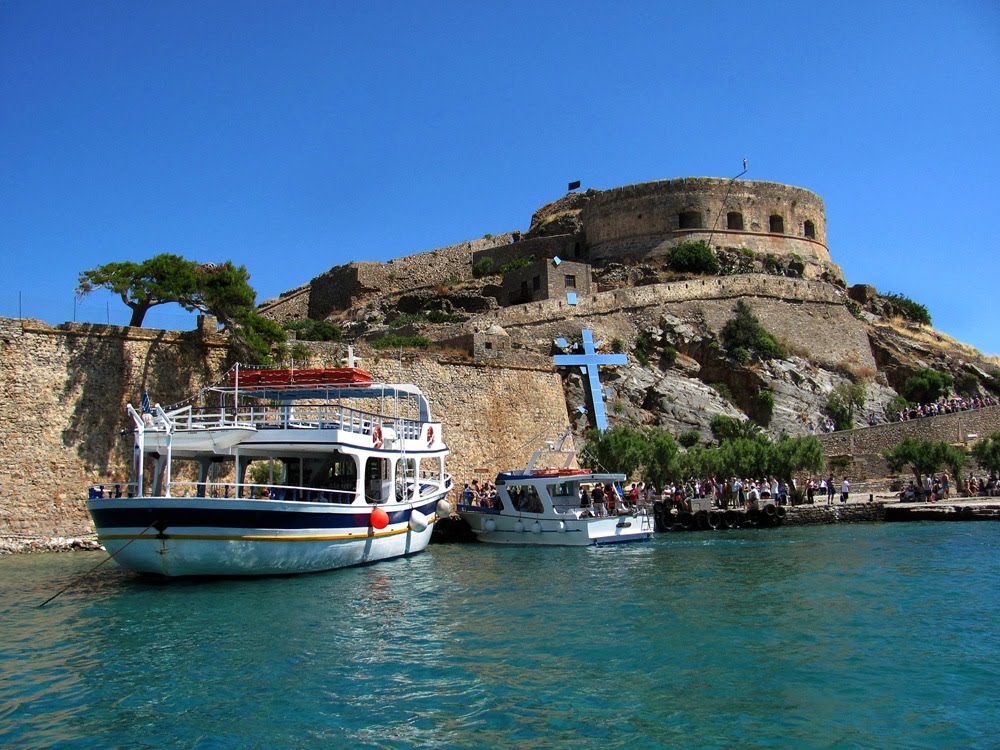 It began to be fortified in 1574 when the Turks had occupied Cyprus and the Venetians understood that the turn of Crete would soon come.

With the fortification of this island, the Venetians wanted on the one hand to protect their ships in the bay of Elounda from pirates and the Turkish fleet, but also to secure the salt flats of Elounda from where they would get the salt for Central Europe.

After the occupation of Crete in 1649 by the Turks, Spinalonga remained in the hands of the Venetians for another 65 years until 1715, when it fell back to the Ottomans. This is due to its perfect fortification. After the surrender of Spinalonga to the Turks, hundreds of the captured Christians were transported to Crete and sold as slaves.

In Spinalonga, the "Chainides" found refuge, the revolutionary Cretans who, not enduring the killings, murders, hangings and looting carried out from the first day by the Turkish occupiers on the island, climbed the mountain and immediately began the guerrilla revolutions until 1898, when the last Turk left Crete. 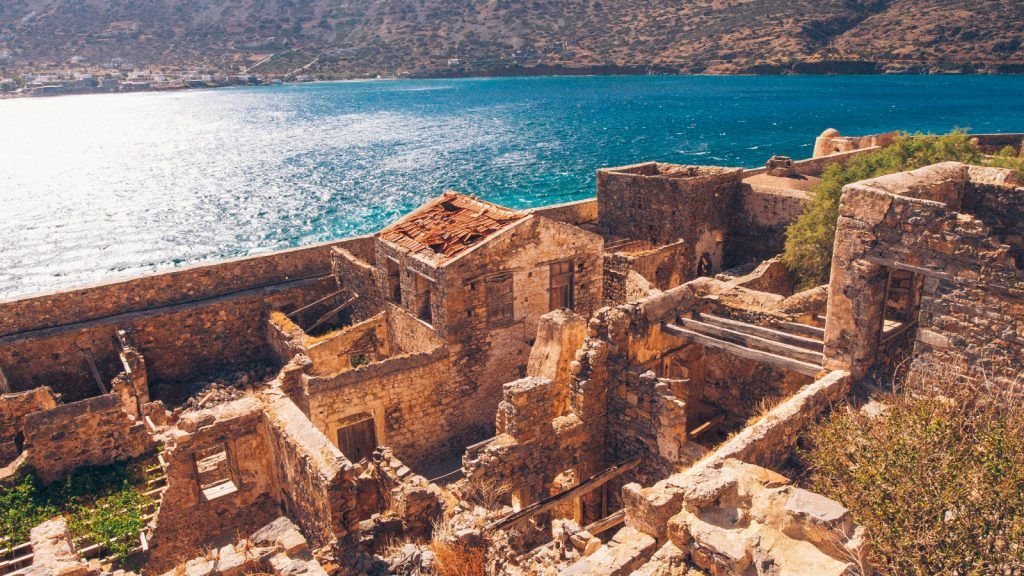 After 1913 Crete was united with Greece and even more patients began to come to Spinalonga, while later it received patients even from other countries and was designated as an International Leprosy Hospital.

It was used as a Leprosy Hospital where all the lepers of Crete were taken, who were first isolated in "Meskinia", outside Heraklion and were considered a source of infection for the rest of the people. 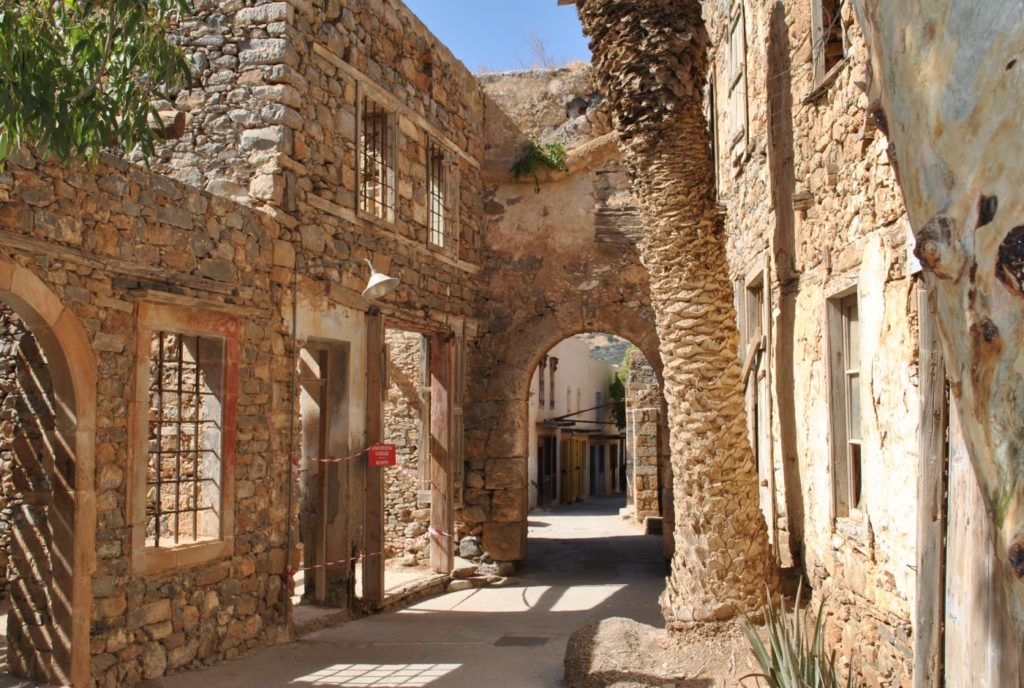 During the Italian-German occupation, the conquerors did not dare to release the lepers and were forced to feed them themselves, as the opposite village of Plaka had been evacuated and the inhabitants displaced to other villages, and the entire coastal area in they had fortified it with machine guns, underground galleries, minefields because they were afraid of the English landing in that place.

Italians or Germans, never entered the island and that is why radios were operating illegally and the doctor Director Grammatikakis, copied the news of London and Cairo and distributed them as news bulletins to the residents.

The life of the lepers was difficult. Apart from the obvious physical and psychological problems caused by their illness, the fact that they felt cut off from the rest of society once made them hostile, while the care they received was, at least in the early years, substandard. However, they tried to build their lives from the beginning and give it a degree of normalcy. 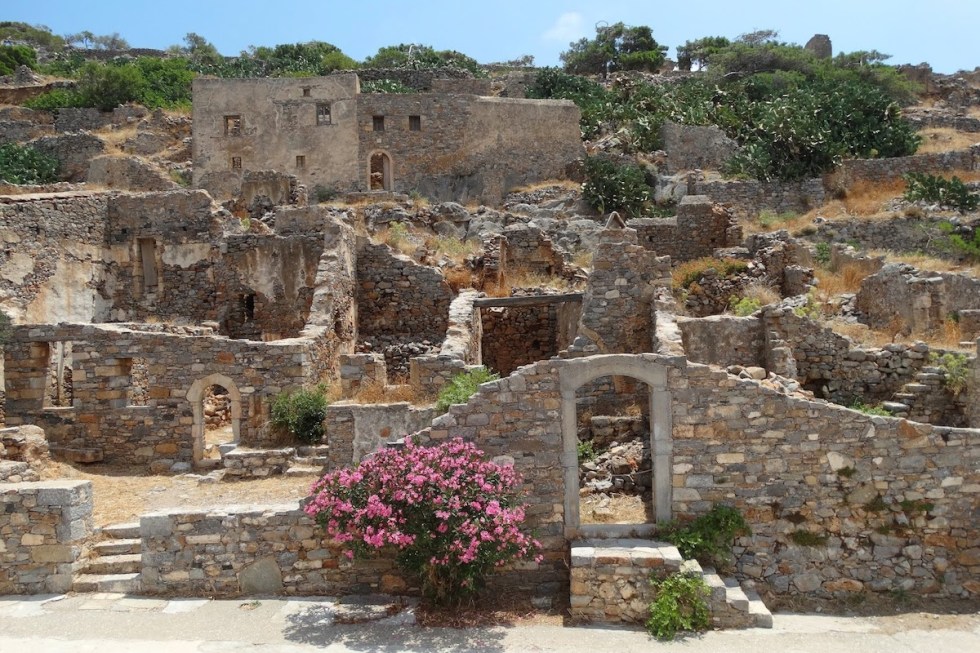 Thus, in Spinalonga, there were shops, weddings were held (although this was forbidden) and children were born. The inhabitants each lived in their own house, cultivated the land and received a monthly allowance. Often, they rebelled, claiming things that would make their lives a little better.

Finally in 1957, the island was closed, as the remaining lepers healed, by the use of antibiotics. 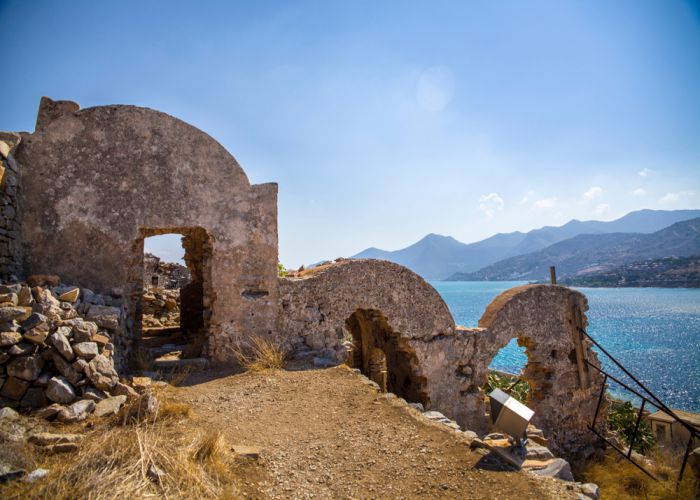 After 1957 it remained unused for several decades until in 1970 the islet was declared a protected archaeological site. The excavations began, the buildings of the Leprosy Hospital were demolished and maintenance works on the walls began.

A few years later, Victoria Hislop's successful best-selling novel "The Island" put an end to isolation. With reference in Spinalonga, the English writer successfully attempted to break down social prejudice by reviving a time that no one wanted to remember. 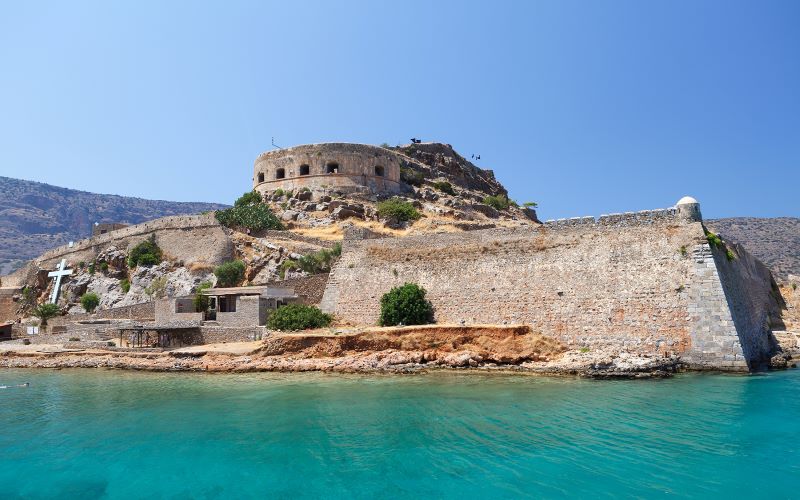 Today, Spinalonga is considered one of the most important sights of Crete, with thousands of visitors from around the world paying tribute to the greatness of the human soul.

To get to Spinalonga island, you have to take the boat either from Agios Nikolaos, Elounda or Plaka.

From Agios Nikolaos the boats depart in the morning and in addition to the transfer to Spinalonga, they offer lunch and stop for swimming on the beaches behind Kolokytha peninsula, before returning in the afternoon to Agios Nikolaos.

From the port of Elounda, during summer season, the boats depart every half hour and take about 20 minutes to reach Spinalonga island, while often the sea voyage includes also a small tour in Kolokytha peninsula.

Boats are departing also from the village of Plaka the last village north from Elounda. The trip from Plaka is the shortest, about 7 minutes, because Plaka is located exactly opposite Spinalonga.