Chania is a city of Crete and the capital of the Chania regional unit. It lies along the north coast of the island Crete, about 70 km west of Rethymno and 145 km west of Heraklion.

Chania is the site of the Minoan settlement the Greeks called Kydonia, the source of the word quince. Some notable archaeological evidence for the existence of this Minoan city below some parts of today's Chania was found by excavations in the district of Kasteli in the Old Town. This area appears to have been inhabited since the Neolithic era.

The city reemerged after the end of the Minoan period as an important city-state in Classical Greece, one whose domain extended from Chania Bay to the feet of the White Mountains. 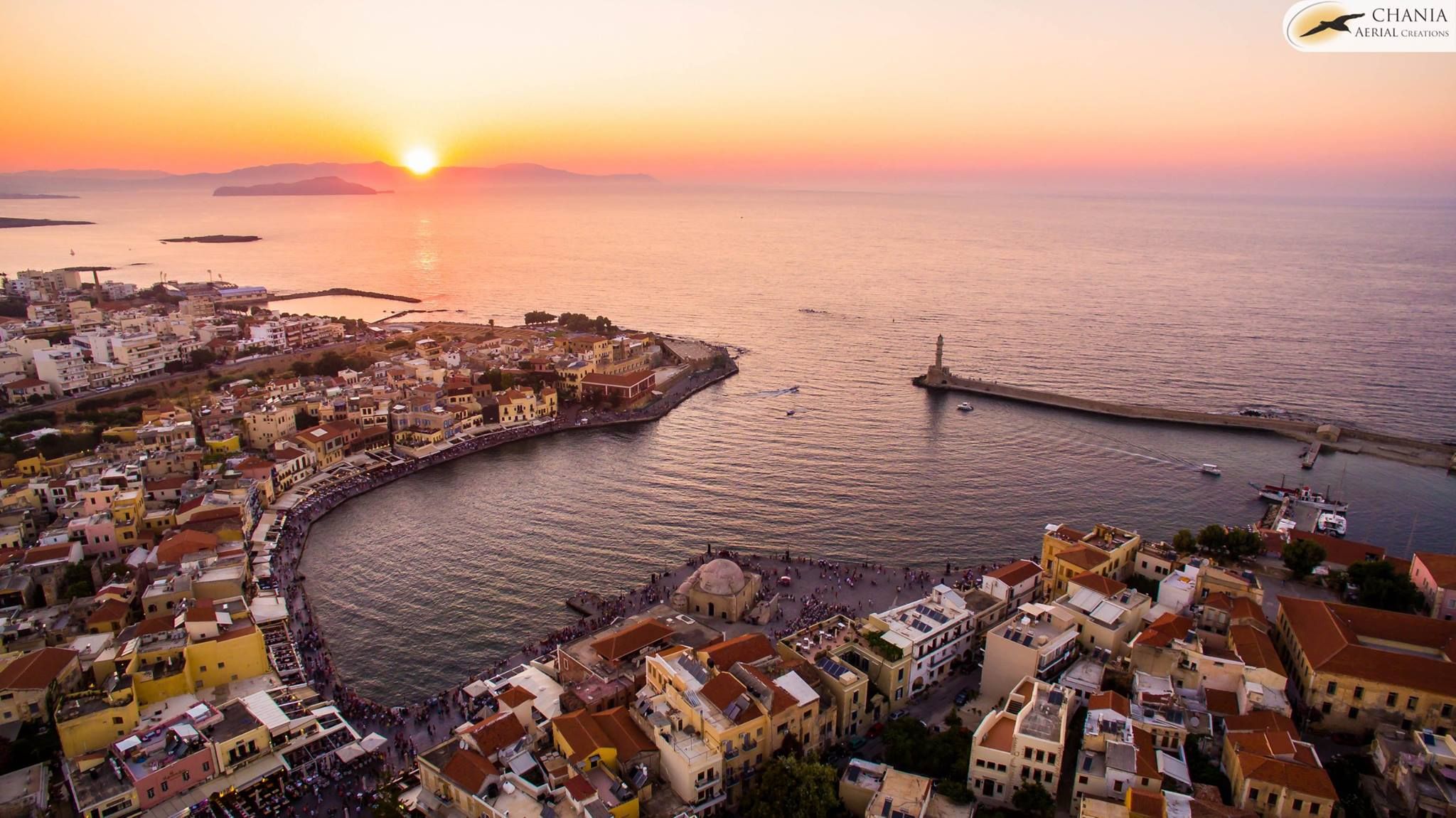 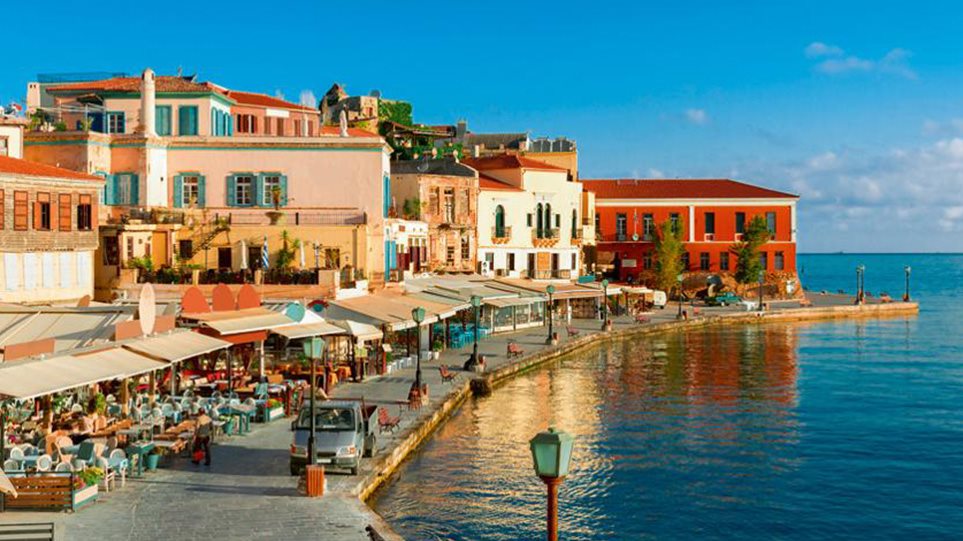 In the city of Chania, modern, Venetian, Turkish and traditional architecture are harmoniously mixed, creating a unique and attractive image. Archaeological sites, temples, squares, and unique buildings "adorn" the attractive and charming city of Chania. 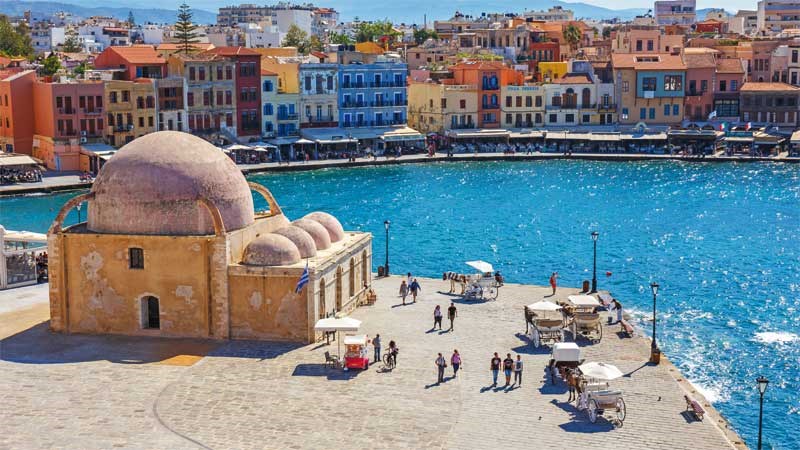 Especially the Old Town of Chania, is a unique monument for which the State and local agencies make a strong effort to preserve and promote its historical character.

Despite the intense tourist development of recent years, the interventions, the disasters and the modern architectural perceptions, the Old Town has managed to preserve to a great extent its historical face and its unique architectural physiognomy.

The old port of Chania is the most precious stone on the priceless jewel of Crete, which is called the old town of Chania. It will enchant you any time of the day you'll visit it. The borders of the Old Town are the partly destroyed old Venetian wall and this has been the cradle of all the civilizations which were developed in the area. The central part of the old town is named Kasteli and has been inhabited since Neolithic times (ancient Kydonia).

It is located on a small hill right next to the seafront and has always been the ideal place for a settlement due to its secure position, its location next to the harbour and its proximity to the fertile valley in the south. Nowadays it is a bit more quiet than the neighbouring areas of the west part of the district. 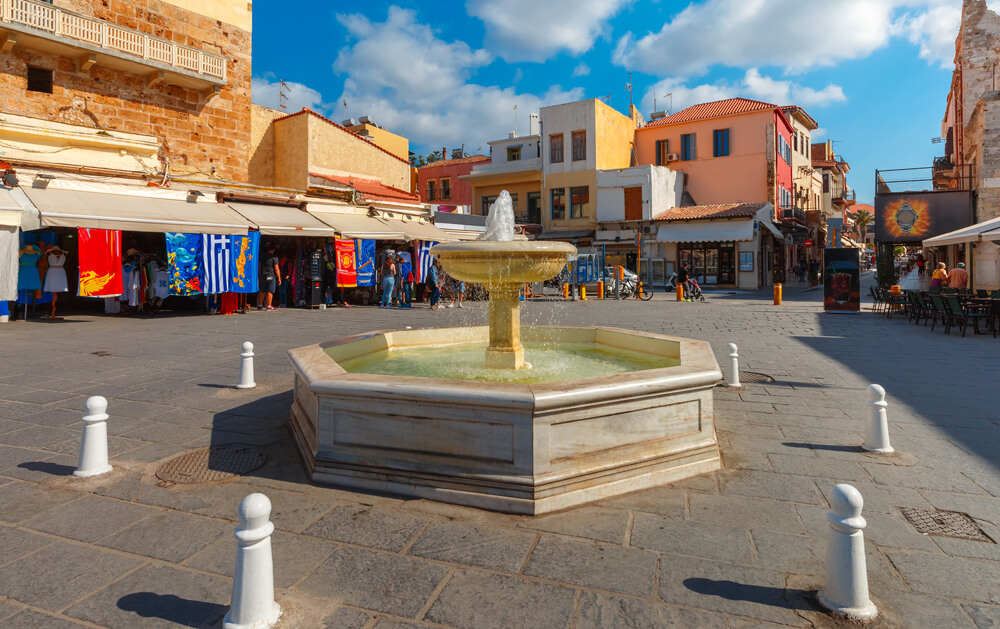 The main square of the Old Town, is Eleftherios Venizelos Square, also known as Syntrivani. It is the heart of the touristic activities in the area. Next to this (on the west side) lies the Topanas district, which was the Christian quarter during the Ottoman period.

The Topanas area has many narrow alleys and old buildings, some of which have been restored as hotels, restaurants, shops and bars. This makes it a  very popular place, especially during the warm period (April–October).

Finally, a very distinctive area of the Old Town is the harbour itself and generally the seafront. Akti Tompazi, Akti Kountouriotou and Akti Enoseos (marina) all feature several historical buildings and nightlife. The main street that combines the modern town with the old town is Halidon Street.